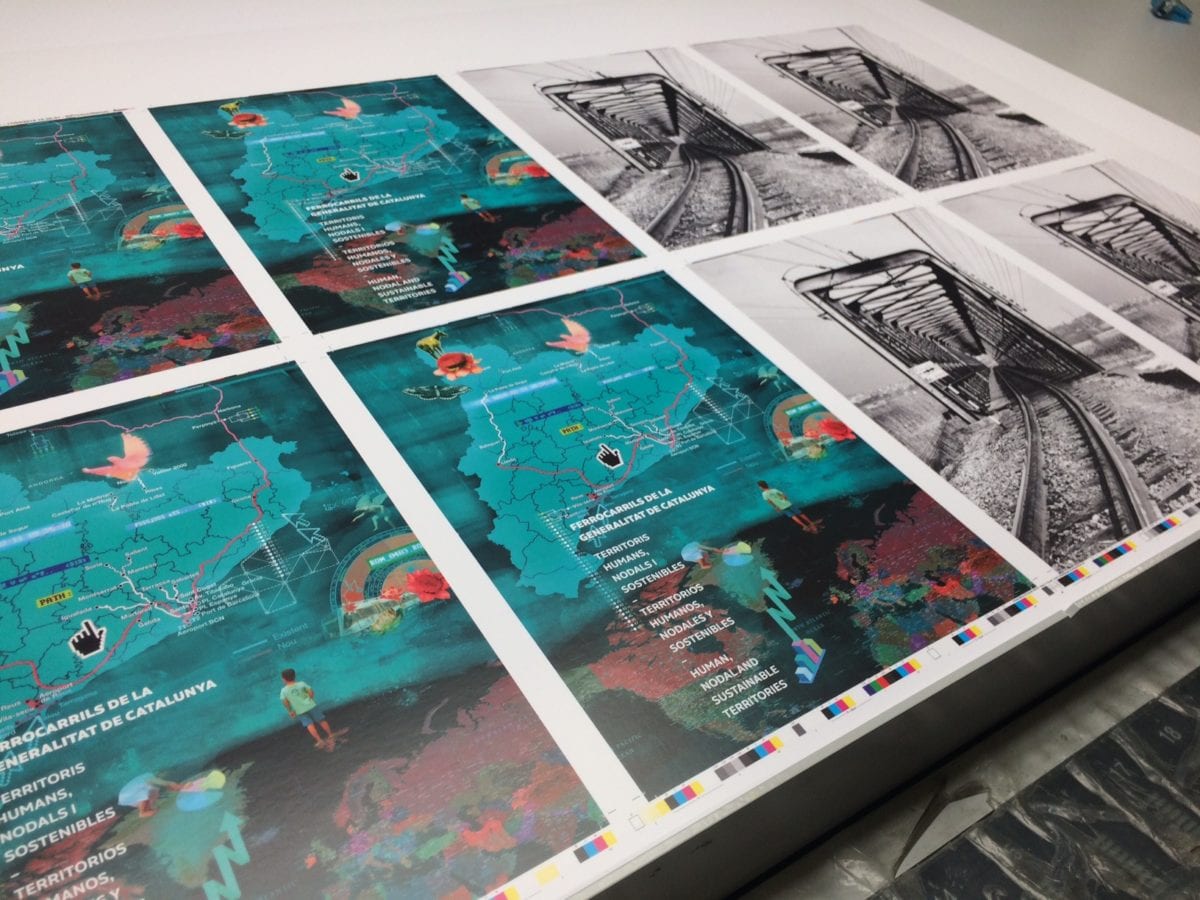 Today we have started the printing of the book for Ferrocarrils Catalans. ( The National Catalan Railway Company), coordinated by the critic and cultural activist Ricard Planas, follows a route through Catalonia in which landscape, art and infrastructure interact in a harmonious dialogue.

Ferrocarrils de la Generalitat de Catalunya was founded on 5 September 1979, when management of certain railway networks was transferred by the Spanish government to the Government of Catalonia. It was the first publicly-owned company to be restored under the presidency of Josep Tarradellas.

Ferrocarrils de la Generalitat de Catalunya will organise a number of commemorative events during 2019 with the common theme ‘Committed and ready for the future’. As part of the events, the book will be officially presented during May.